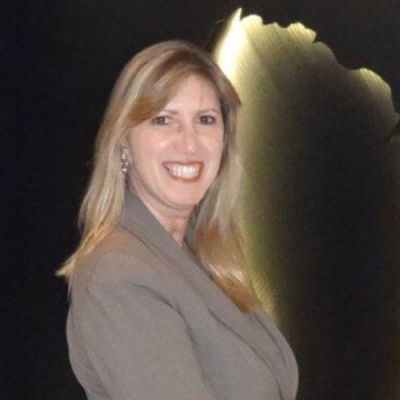 Prior to her current role, she served as Human Resources General Director, and Quality General Director for GM South America based out of São Paulo, Brazil, covering Brazil, Argentina, Chile, Peru, Colombia, Ecuador and Venezuela, being part of GMB Executive Committee, and GMSA Board of Directors.

She has also held several leadership positions across GM in engineering, manufacturing, and quality over 17 years. She has a passion for improving employee experience, and business processes through service quality and reducing complexity. A 29-year veteran of General Motors, she previously held an additional international management responsibility in quality in Europe.

She is a graduate of the Escola de Engenharia Mauá with a degree in electrical and electronic engineering. She holds a master degree in business administration from Fundação Getúlio Vargas. She completed Stanford University’s Transformation Leadership Development program in 2017, and University of Michigan – Ross’ Effective Leadership in 2019, both sponsored by GM.

In 2020 she was nominated one of the Top 10 Latina Executives of the Year by Latina Style Magazine.

Originally from São Paulo, her native language is Portuguese, but she is also fluent in English and Spanish, and conversational in German.

Check out the incredible speaker line-up to see who will be joining Monica.