Managing Change in the Face of Uncertainty ft. Intrum

In June 2017, Intrum Justitia and Lindorff merged into Intrum to create the largest player in credit management services in Europe with a local presence in 24 countries with more than 8,000 employees.

Since then, Intrum’s journey for the last two years has been to integrate the merged teams in order to create a new future, together.

On Tuesday 19th of November, at Nordic Business Transformation in Stockholm Sweden, Intrum’s Chief HR Officer Jean-Luc Ferraton will share an insight into how they were able to bring two companies that had been competing against each other for a hundred years to work hand in hand. Using his experience, he will explain how your organisation can create a vision for change, allow empathy to take centre-stage and effectively measure current cultural characteristics in order to achieve success in the face of disruption.

Here, Jean-Luc provides a preview of the key factors and initiatives that have contributed to Intrum’s success during their own transformation, and how the organisation intends to keep the ball rolling.

Intrum Justitia, a Swedish company, and Lindorff, of Norway, had spent years working to take and enlarge their own slice of the same market in the same landscape. With the 2017 merger, the challenge, shares Jean-Luc, was to “create a common entity”. From the outset of their journey, the starting focus of the merged Intrum was to define a new structure for the group and identify how it should be organised in order to operate and continue the success that both companies have experienced during past years.

Central to this was the reset and creation of common values. Intrum has pursued this goal by engaging employees through internal communication tools, internal surveys and a number of workshops. “In total, more than 6,000 employees engaged and contributed to the creation of our values,” Jean-Luc explains. “We started by defining our common purpose, mission, vision and the kind of journey that we want to achieve together globally.”

The internal surveys asked employees to share how they would define the merged organisation, its culture and its strengths. Based on this and the outcome of the workshops, words and behaviours that aligned with the employee’s answers were defined as ‘empathy’, ‘ethics’, ‘dedication’ and ‘solution’. “After that,” shares Jean-Luc, “we asked each individual country and team to participate in workshops designed to start discussions around Intrum’s new brand identity including its purpose, mission, vision and values. A great emphasis was placed on the values and what they meant for the teams in their respective departments, how accurate they felt they were and how tangible these values would be in their respective teams.”

The next step was to bring the values to life and ensure their longevity. To achieve this, Intrum has developed a game called ‘Add Value’. The game is discussion based and uses playing cards that prompt employees to ask and answer dilemma based questions that are related to wanted behaviours connected to the four established values. It is played within teams of 4-6 people and contains themes like performance, collaboration, code of conduct, innovation and Intrum as a company.

“Alongside the four value categories we have a feedback category and a wildcard category.   We want to create a culture where feedback is a natural part of our daily business and these categories provide an opportunity to develop that. The wildcards are intended to provide an element of fun and an opportunity to ask questions that are bit more personal,” explains Jean-Luc. The game can be played in the space of one hour and there is also a shortened version that takes just five minutes, and playing it has made it easier for the two merged companies to establish and speak a common language. “We have greatly improved the common landscape with which we operate internally and are moving closer toward the sort of future that we want to have,” says Jean-Luc.

Some examples of Add Value questions include: 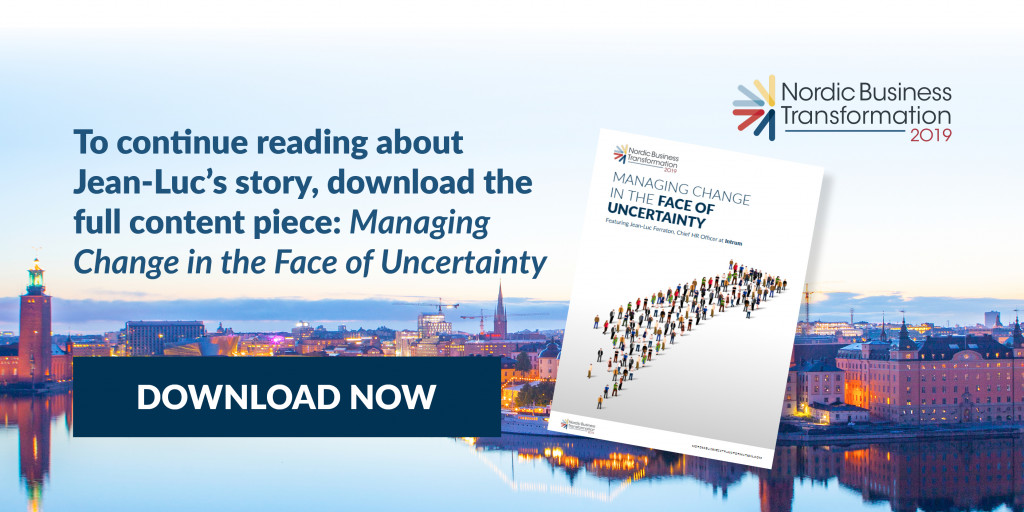 *Processing your payment may take a moment. Please click submit payment only once, and do not refresh this page. Doing so may result in your credit card being charged more than once.