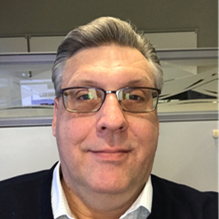 Ted is married to his wife Gloria and they have three grown children; Morgan, Weston and Thomas.  Beyond his family, Ted’s personal interests are golfing, barbequing, investing, and most importantly, he’s a Green Bay Packers stockholder!

1:55 PM The Results Are in! Meet the Most Admired SSOs in the World

Are you maximizing your shared services organizations metrics? Shared services have always been focused on monitoring KPIs and keeping close tabs on industry benchmarks and “bestin- class”. However, practical application of all those numbers is different, and it can be a challenge to know if you are even evaluating the right numbers. This panel will explore practitioner insights from SSON’s 2019 “Most Admired SSOs” to derive what real business benefits can be driven from crunching the aggregated data of their peer set and beyond, key early journey compass-setting, how to normalize data collection as you mature, and using roadmap forecasting to establish a baseline for simulating future data for comparison.

Check out the incredible speaker line-up to see who will be joining Ted.