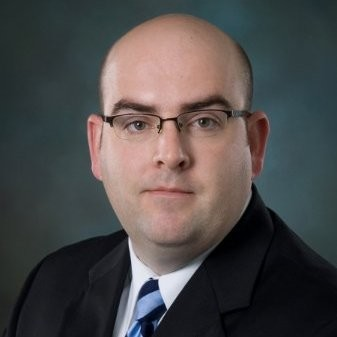 Chad A. Keenan was appointed director, shared services in December 2015.

Chad joined Corning in 1999. He held various leadership roles in Finance that focused on driving cross-functional partnership. He was accountable for a broad portfolio of transformational projects including the build and deployment of the global shared services organisation and common ERP platform.

In 2011, Chad relocated to Budapest as managing director, Corning Hungary Kft., where he was responsible for leading the entity and the shared services organisation. He returned to the United States in January 2013 and was appointed director, Global Operations with responsibility for CSS-North America, CSS-EMEA, and CSS-Asia as well as Enterprise Application Support and Business Process Engineering.

Chad holds a bachelor’s degree in accounting from the University of Dayton. He is an active member of several community organisations and is a founding member of the Joel Stephens Memorial.

11:30 AM Case study: Institutionalizing the Automation capability in a Hybrid Delivery Model

Check out the incredible speaker line-up to see who will be joining Chad.