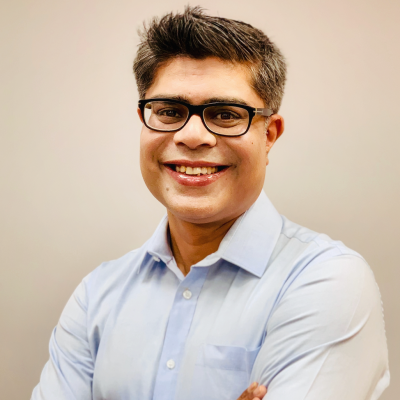 Siddhartha Banerjee, a New York University alumnus, is currently employed with Vodafone Shared Services and is based out of Pune, India. Siddhartha started his career as an advertising copywriter in 1999 and worked across five markets; handling 40 plus brands, in ad agencies like Grey Worldwide, Publicis Worldwide, Young & Rubicam.

In 2010, after relocating to India from Dubai, UAE, he taught himself Objective C (programming language for iOS development) and joined Jack in the Box Worldwide as Head of Tech Platforms and Mobile Business. In 2011, he started CodeConclave – an experience driven development startup, to create mobile solutions for brands. Apart from managing the operations, he was responsible for creating the User Interface and User Experience on mobile for the firm’s clients. He joined TechJini Inc. as Creative Director after CodeConclave - TechJini merger in 2014. He began a new chapter in 2015 when he moved to Vodafone Shared Services (VSSI) to lead the UIUX CoE.

He is creatively leading a team of 20+ UI and UX Designers, providing creative and analytical solutions to stakeholders and the design team. He’s also spearheading the roll-out of Vodafone’s conumer facing web and mobile app in Vodafone Partner Markets like Ukraine, Chile, Singapore et al.

Siddhartha has been featured in more than 60 Publications worldwide including The Fortune, The Guardian, BBC et al. He has been nominated as ‘Top 20 people from Mumbai” by CNN in 2011 and as the “Top 25 people in India” by Elle in 2011.

Check out the incredible speaker line-up to see who will be joining Siddhartha.