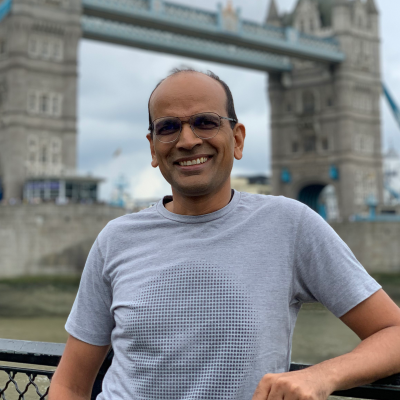 Rakesh is in his fourth year with Carousell. As the Chief Financial Officer (CFO), Rakesh’s responsibilities include overseeing the company’s capital strategy, fundraise, corporate development, mergers and acquisitions, investor relations, business planning, accounting, legal and compliance. In addition to CFO responsibilities, Rakesh is also a member of Carousell Board.

Leveraging his vast international experience in M&A, fundraising and organisation building, Rakesh has played a central role in Carousell’s explosive growth. He has helped Carousell fundraised over US$107 million and executed multiple M&A transactions. During his time here, the company has grown from 40 employees to over 400 employees spread across 6 markets.

Rakesh came to Carousell from Komli Media where he was Global CFO and HR Head. At Komli Media, an ad-tech company serving APAC, India and Australia markets, he played a pivotal role in business turnaround, business restructuring, M&A and sale of business. He also helped Komli raise a significant funding round along the way. Prior to Komli, he had a long and very successful inning at Kanbay where he helped the Chicago start-up grow multi-fold and into profitability. Kanbay had a successful IPO on NASDAQ and after four years as a public company, the company was acquired by Capgemini for US$1.25 Billion. Post acquisition, Rakesh took on the CFO role at Capgemini Financial Services (FS). Under his leadership, the FS business unit grew to US$1 Billion turnover with a footprint across the US, Europe, India, APAC and Australia. At Capgemini, he also played the CFO role for APAC region.

Rakesh has been a globe-trotter and has lived and worked in the US, India, Hong Kong and now Singapore. His more than two decades of finance experience started in the US where he received rigorous functional and leadership training at AT&T. Thereafter, he moved to Silicon Valley where he discovered his love for tech companies and especially tech start-ups. His professional journey also includes a start-up that he co-founded and ran for two years after Capgemini.

9:00 AM Big Idea Keynote Speaker | Staying Ahead of the Disruption Curve – Building the 5-Year Plan to Future-Proof Businesses

Check out the incredible speaker line-up to see who will be joining Rakesh.