Are You Asking the Right Questions?

The most serious mistakes are not the result of wrong answers. The truly dangerous thing is asking the wrong questions.

But if you ask the wrong question and get the right answer, chances are it will take a lot longer to discover and it inevitably leads to even more costly errors.

Take, for example, the story of a Russian entrepreneur who went bankrupt because of an unsuccessful business venture. The reason for this costly blunder? He asked the wrong question and got the right answer.

The entrepreneur opened up a nightclub populated by Russians in the Brighton Beach area of Brooklyn, New York. Unquestionably, there was a need for such a nightclub, and it was instantly successful in attracting customers.

The entrepreneur hired a master chef who had worked for a very wealthy Russian family for 25 years. He was a superb chef. The entrepreneur lured the chef away from the family by giving him a substantial equity position in the nightclub.

The problem? When working for the family, the chef had to cook for only six to 10 people. Working in a nightclub required cooking for 150-200 people every night. It also involved managing a large cooking staff.

The Russian entrepreneur and his financial partners failed to ask the following questions: What is the task? What is the experience and skill sets required to carry out the task? Does the appointee understand the job?

Those were the right questions. However, they only asked: "How good a cook is our candidate?" He was superb cook!

That was a correct answer to the question asked. But it was the wrong question.

By the time the business partners discovered the chef was ill-equipped for the responsibilities of cooking for and managing the nightclub's kitchen, customer demand had vanished. And the nightclub's reputation was beyond repair.

The result? The Russian entrepreneur is now a cab driver. (He told this story to one of our editors during a cab ride when he was visiting New York City).

Drucker believed there was no way to carry out conventional market research on a truly new product.

He often said that one cannot conduct market research on something not in the market—especially if the wrong question is asked.

Henry Ford's Model T is a perfect example. The automobile was one of the most successful product launches of all time.

Indeed, Ford was widely regarded as the quintessential symbol of marketing genius.

Ford created the modern automobile industry. He gave people what they wanted, needed, valued, expected, and were willing and able to pay for.

According to Steve Jobs: "If Ford had asked people via a focus group or sample surveys what they wanted, they would've said, 'Faster horses.'" The right answer to the wrong question.

(In a future article we will discuss how to research opportunities for the truly new and different.)

As Drucker noted, the fax machine, was another example where businessmen got the right answer to the wrong question:

U.S. manufacturers had fax machines already to be sold, but market research convinced them that there was no demand for such a gadget...

One can suppose the question asked to prospective customers was: "Would you buy a telephone accessory that cost upwards of $1500 that enables you to send, for $1 dollar a page, the same letter the post office delivers for 25 cents?"

The answer, predictably, was "no."

But as Drucker pointed out:

The Japanese asked, "What is the market for what the fax machine does?"

And they immediately saw, when looking at the growth of courier services such as Federal Express in the '70s and early '80s, the market for the fax machine had already been established.

As a result of asking the right question, the Japanese dominated the fax machine marketplace. Few American companies entered the marketplace until it was too late to secure a major position.

The Right Question Can Change Your Decision

In Adventures of a Bystander, Drucker tells us how Alfred D. Sloan, the legendary chairman of General Motors, had the uncanny ability to ask the right questions:

Once, the whole GM committee seemed to be in agreement on one candidate for president of an operating division, who had handled this crisis superbly, solved that problem beautifully, and quenched yonder fire with great aplomb.

Sloan, finally, broke in. "A very impressive record your Mr. Smith has," he said. "But do explain to me how he gets into all these crises he then so brilliantly surmounts?"

Nothing more was ever heard of Mr. Smith.

Sloan had a different perception than the executive committee. They focused on how Mr. Smith solved one problem after the other with great skill. Sloan focused on why Mr. Smith had so many problems to solve.

Sloan was implying that Mr. Smith should have been preventing problems from occurring rather than solving them after they occurred.

Further, Sloan recognized Mr. Smith was frittering away his energy by becoming deeply enveloped in problems and spending very little time on identifying and capitalizing upon new opportunities.

Instead of being entrepreneurial, Mr. Smith was a superb arsonist. And he received accolades and promotions for "putting out fires," not for creating and managing growth.

Perception is based on education, knowledge, experience, and wisdom. The executive committee had a different perception of Mr. Smith.

Sloan's perception was based on years of experience picking people and ultimately judging them on their performance and results with respect to growing and strengthening the organization—not just on solving problems.

In short: assume all conflicting parties are providing correct answers. However, also assume they are answering different questions.

Drucker wrote: "Never ask, 'Who is right' in a conflict. Never even ask, 'What is right?' The proper response is to discover, first, what the question is that everyone is answering."

Further, it's quite possible that you will also be confused about what the question is. The near-insanity of what's taking place in Washington can be traced to disagreement on what the right answers are, rather than the right questions.

In a marvelous book entitled Decision Traps: The Ten Barriers to Brilliant Decision Making and How to Overcome Them, J. Edward Russo and Paul J. H. Schoemaker detail the importance of selecting a winning frame.

They define framing as the process of structuring the right question.

This means "defining what must be decided and determining in a preliminary way what criteria would cause you to prefer one option over another."

The analogy of a window frame, Russo and Schoemaker observe, nicely illustrates the importance of the right frame:

Architects choose where to put windows to give the desired view.  But no single window can reveal the entire panorama.

When you choose which window to look through—or even if you decide to keep track of what's happening through three different windows—you can never be sure in advance that you'll get the most useful picture.

The framing of a decision inevitably sets boundaries; it controls what is in and what is out... Our frames tend to focus us on certain things while leaving others obscured.

An Example of a Winning Frame

John Sculley was vice-president of marketing for Pepsi-Cola in the 1970s when company was running a distant second to Coca-Cola. (Sculley subsequently became chairman of Apple.)

The following is excerpted and from Decision Traps:

Sculley recalls in his autobiography, Odyssey, that Pepsi-Cola executives believed for many years—rightly—that Coca-Cola's distinctive hourglass-shaped bottle was Coke's most important competitive advantage.

The bottle design nearly became the product itself. Sculley recalls, 'It made Coke easier to stack, more comfortable to grip, and more sturdy to withstand the vending machines drop...

Sculley tells how Pepsi-Cola spent millions of dollars designing and redesigning their bottle to compete effectively with the Coke bottle. This effort continued for nearly 20 years.

But Pepsi just couldn't innovatively imitate the Coke bottle which had become a part of American culture. Then, suddenly, Sculley realized the problem was framed incorrectly.

Sculley realized his company didn't know very much about its customers.  He then launched a study to find answers to the above series of well-structured Drucker-inspired questions.

The results of the study, while obvious, startled Pepsi's executives. People tended to consume exactly the amount purchased.

"It dawned on me," said Sculley, "that what we needed to do was design packages that made it easier to get more soft drinks into the home." In short, Sculley re-framed the problem.

His new question was: How can we design new, larger and more varied packages to accomplish this objective? The results were startling!

The blame game accomplishes nothing. People (including government leaders) are often astonished how a simple change in the question asked can produce dramatically positive results.

Bret Stephens, celebrated foreign affairs columnist for The Wall Street Journal, recently wrote about the problems of asking the wrong questions throughout history:

One question leads to self-pity; the other to self-help… One disavows personal responsibility and moral agency; the other commands them...

One is a recipe for economic failure and political squalor; the other for success.

Stephens brilliantly explains—in clear, simple language—how nations and even activist minority groups can actually solve the root cause of their problems by changing the questions they ask.

Few things are important for a manager than to ask than the right questions.

Beyond getting the answers, the effective executive asks the right questions to get people to think rather than just to act, react, or administer.

But let's be realistic. Asking the right questions requires wisdom which is a result of experience, knowledge, and continuous learning.

Without the earned prerequisites and the acquired skill of building relationships with people who can help you see things in a different way, that is, from different perspectives, non-performance is almost guaranteed.

Over the next several months, we will present various methodologies to guide you when formulating Drucker-inspired questions to increase productivity, spark innovation, and reduce costs.

Driving Business Growth Through the Practice of Creative Imitation: Part I
2017-04-12
By The Shared Services & Outsourcing Network Editor 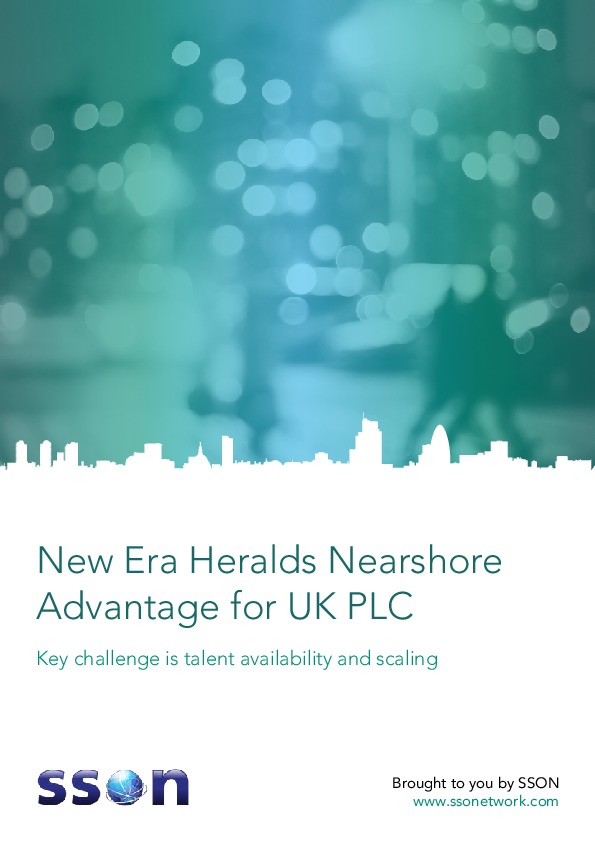