We respect your privacy, by clicking ‘Watch On Demand’ you agree to receive our e-newsletter, including information on Podcasts, Webinars, event discounts and online learning opportunities. For further information on how we process and monitor your personal data click here. You can unsubscribe at anytime.
Watch On-Demand
This FREE webinar was recorded on:
June 11, 2020
11:00 AM - 12:00 PM EST

The Covid-19 crisis has been the ultimate test for operations teams balancing the need to offer stability with the need to adapt fast to satisfy hotspots of new demand. Operational agility is now more important than ever with companies juggling competing short-term priorities in the knowledge they have little certainty about where the market will go next.

A digital workforce has proved to be a strategic asset in this highly pressurized time. It has helped organizations across all industries respond effectively to the strains placed upon them without letting customer service fall by the wayside. Working closely with hundreds of clients across the globe, Blue Prism has been able to capture critical insights on how to get the most from intelligent automation.

During this webinar, Blue Prism Cloud will share these learnings and explore the four key pillars of successfully managing the rapid deployment and scaling of a digital workforce.

We will illustrate how automation has been introduced in greenfield environments with high impact use cases. Similarly, we’ll share stories of how existing customers were adapted their existing capabilities to scale solutions at record speeds. Throughout our discussion, we’ll maintain a sharp focus on the governance models employed by leaders to deliver consistently high-quality automations that reduce risk in their organization. 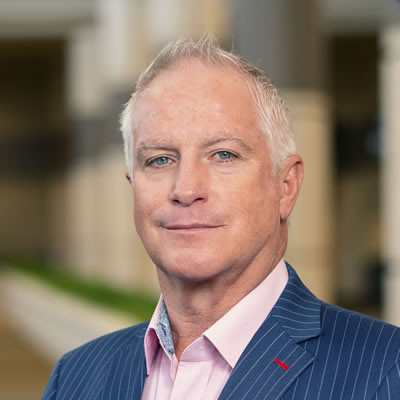 Jon Theuekauf (or Jet as he’s widely known) has more than 25 years of experience working on and leading global transformation initiatives that deliver positive results. Over his career, he has delivered nearly $6B in benefits across the firms he has worked for. In his previous role as Head of Transformation at BNY Mellon, Jet was responsible for the Operations Reengineering efforts, Robotics and SMART technology, Off-shoring, and Outsourcing, Operating location strategy and Cost management. His team and their Digital Workers named Alex were one of the early pioneers in Financial Services and one of the earliest to ever scale.

Jet has multiple degrees in Psychology and advanced training in business specialties from Harvard, London Business School, and Thunderbird University. His early background in consulting to the manufacturing industry provided a great learning opportunity to develop his engineering mindset. This combined with his formal training in psychology set him up for his later career in leading large-scale change. He has served in senior leadership roles living and working in the UK, Switzerland, Russia and New Zealand.

Jet has served as the Chairman of the Diversity Committee for one of the largest banks in Europe and he is constantly involved in philanthropic efforts. He has coached and mentored hundreds of people to help them achieve all they can. He is currently serving as the executive sponsor for Blue Prism for Good, a philanthropic effort funded by Blue Prism.

Today, as Blue Prism’s Chief Customer Officer, Jet has become one of the most respected voices on connected-RPA, Intelligent Automation, and building and scaling a Digital Workforce. 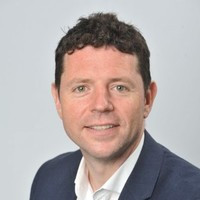 Adam has 20 years IT, RPA, BPO and consulting experience, selling, designing, delivering and operating business-critical enterprise solutions across a range of sectors.

In 2017, Adam founded the customer success function at Thoughtonomy (now Blue Prism Cloud) and is responsible for designing, owning and executing the customer success strategy globally for BPC. Measuring and managing the success of the strategy through Advocacy, Consumption and Retention.

Adam's team helps clients to define and build their Centre of Excellence and the Automation Operating Model with the appropriate application of people, process, technology and government to maximise value and improve the client's ROI. The team then work long-term with the client to help them scale across their enterprise.

We respect your privacy, by clicking ‘Watch On Demand’ you agree to receive our e-newsletter, including information on Podcasts, Webinars, event discounts and online learning opportunities. For further information on how we process and monitor your personal data click here. You can unsubscribe at anytime.
Watch On-Demand
Sponsored By: