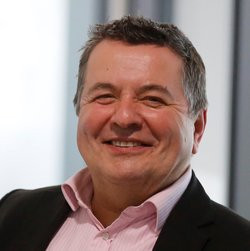 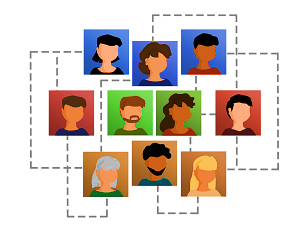 Covid-19 will transform the working landscape forever. Already, it has shone a spotlight on the burgeoning value of the gig economy, as well as shortfalls in the treatment of workers.

While many have been predicting this revolution for years, the rapid speed of change is now inescapable. SSON’s most recent survey on how COVID-19 has driven a “recalibration” of the SSO model shows “gig workers” featuring prominently. 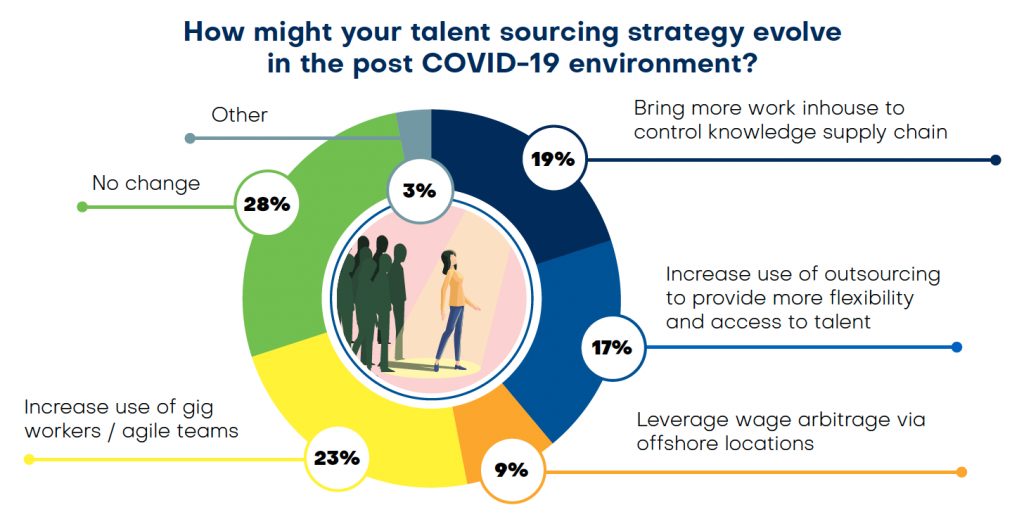 In this article, Richard Skellett emphasizes the role gig workers are starting to play in Shared Services.

Back in the 60s, my mum was working in the gig economy. She had four jobs, two of which provided what we needed for security and the other two, which were based on her performance, enabled her to earn tips and provided us with disposable income. The gig economy was commonplace, from people selling eggs door-to-door to driving coaches at the weekend. In fact, to makes ends meet, this way of working thrived in the post-war era, with individuals needing to supplement any regular income with one or more additional sources of employment.

Is it by choice or not?

Today, with 50 million workers globally, the gig economy has dramatically changed all our lives. From Deliveroo to Uber, from TaskRabbit to care agencies, the role played by these workers in the current crisis has never been more important.

For many financially independent individuals the gig economy provides freedom – people can set their own hours to suit their lifestyle and desired work/life balance. For others it is a nightmare, with lack of job security, inability to financially plan, and no access to employee benefits like sick pay, pension, holiday leave, etc. These workers are struggling to make ends meet and face social deprivation – whilst in many cases performing vital roles, such as in the care industry.

The time has come for individuals to take control of their own asset/liability curve. The ‘new look’ gigs will be far broader and encompass all job roles and professions. As hours reduce as a result of the looming recession and the increase of AI and robotics, what has been considered full-time employment will undoubtedly change. Individuals will need to work multi-portfolios simultaneously, as companies will likely only want to engage workers for the hours they need. There will be a rise of organisations engaging a broad range of individuals and providing their skills to multiple companies as a true Shared Service, based on output.

There are many roles in which an individual could work for more than one company concurrently, like-for-like, or where an interrelationship could exist. Research, marketing, sales, customer service, debt collection, recruitment... the list is endless.

To support this and enable the benefits that this new type of workforce can bring to the economy, stakeholders, shareholders, governments and business leaders need to step up to the plate and make the changes required to give these workers the recognition they deserve, as well as supporting those organisations who offer shared workforce services and bring professionalism and integrity to the gig economy.

The speed with which COVID-19 spread across the globe was unprecedented. But what became apparent was the rapid collapse of unsustainable business models, such as Primark. The need to restructure costs has never been more vital. If a business is carrying high fixed staff costs, the time to act is now. The one thing the pandemic has shown us is how ill-prepared the majority of companies were. Without governments stepping in to prop them up through furlough and loan schemes, the outlook would have been even starker than it currently is.

Perhaps businesses already operating with people as a variable cost linked to revenue would likely have been less affected by Covid?

However, zero-hour contracts are not the solution to achieving a variable cost model. Indeed, it’s not difficult to translate to this model, and it’s not that much more difficult to move the charge from a day rate to another mechanism. If that mechanism is a percentage of income instead of a fixed cost, then might that prove the perfect solution to handling situations like COVID-19?

Will we see employees paid on such models in the future?...the answer is yes, as it’s already happening today with some disruptors taking the lead.

Customer centricity is emerging as a core shared services differentiator for 2021. The priority is t... 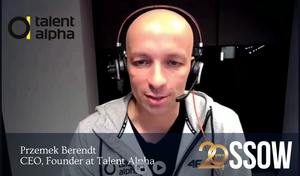 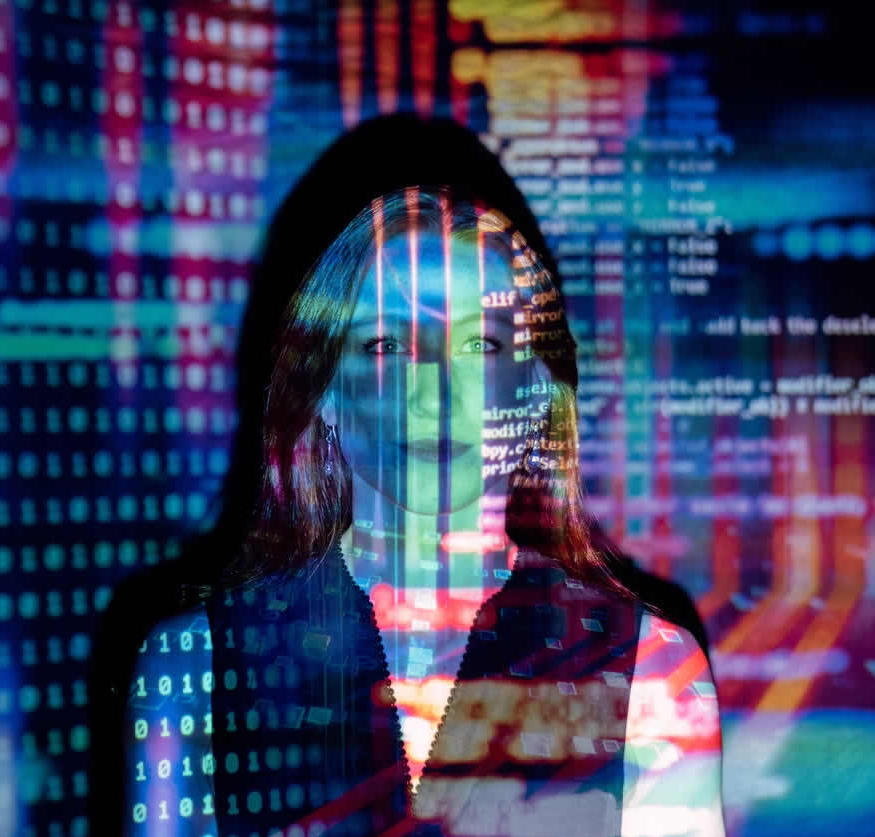 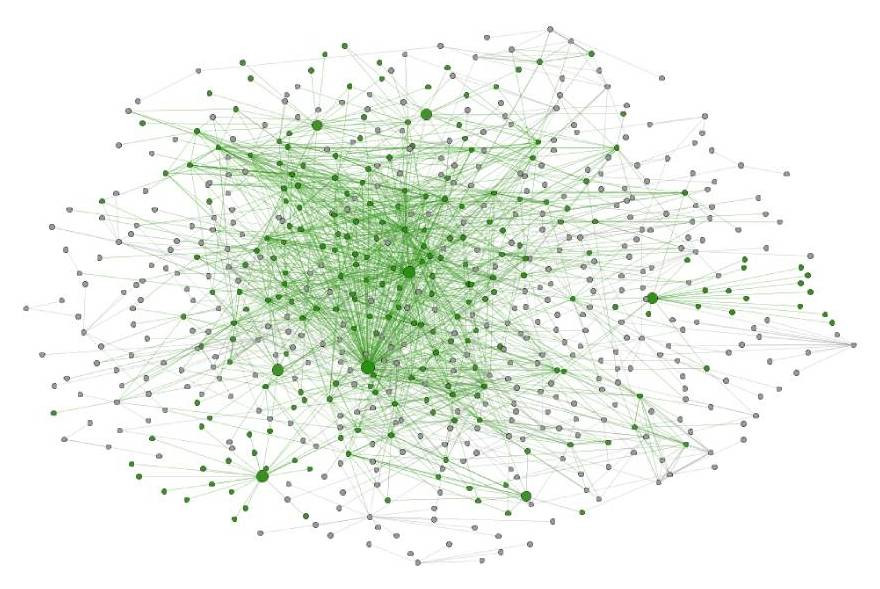 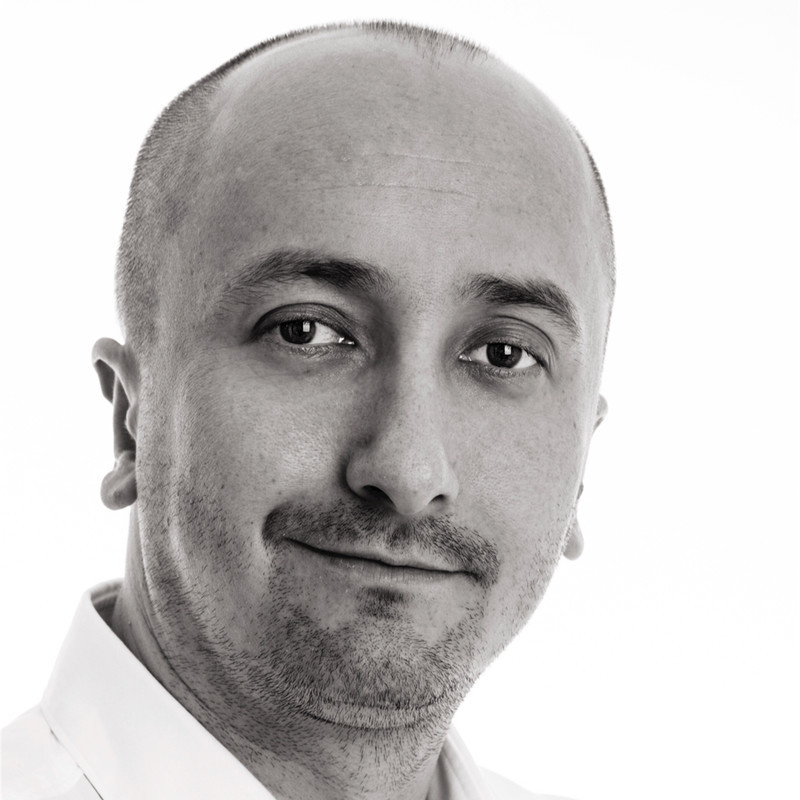 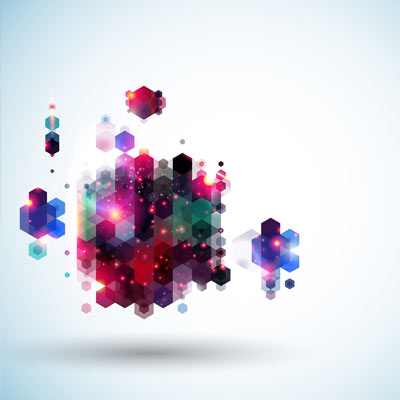 Embracing Discomfort: Why Allowing Yourself to Be Unsettled Makes You a Better L...
2019-10-23 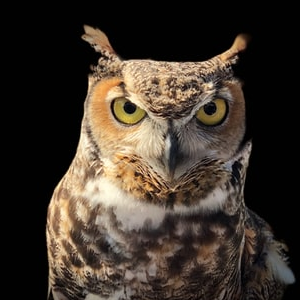 A New SSO Model with Value at its Core: From a Pyramid to a Diamond
2019-07-23
By Sudheer Kaavil Valappil 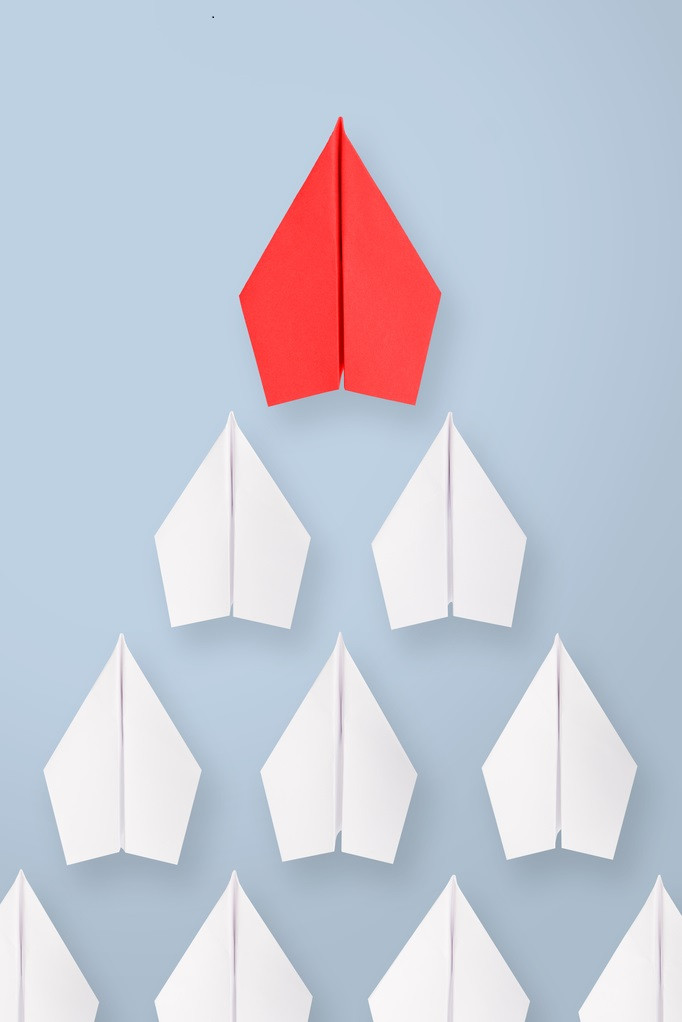 What Defines a Winner in Creative Talent Management?
2019-07-03
By SSON Editors 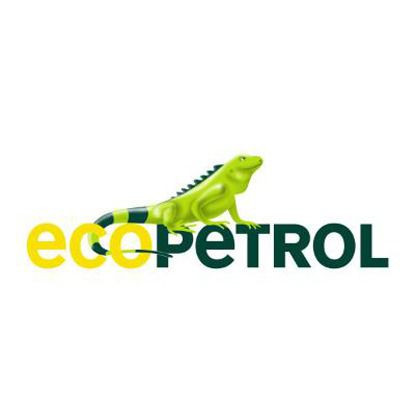 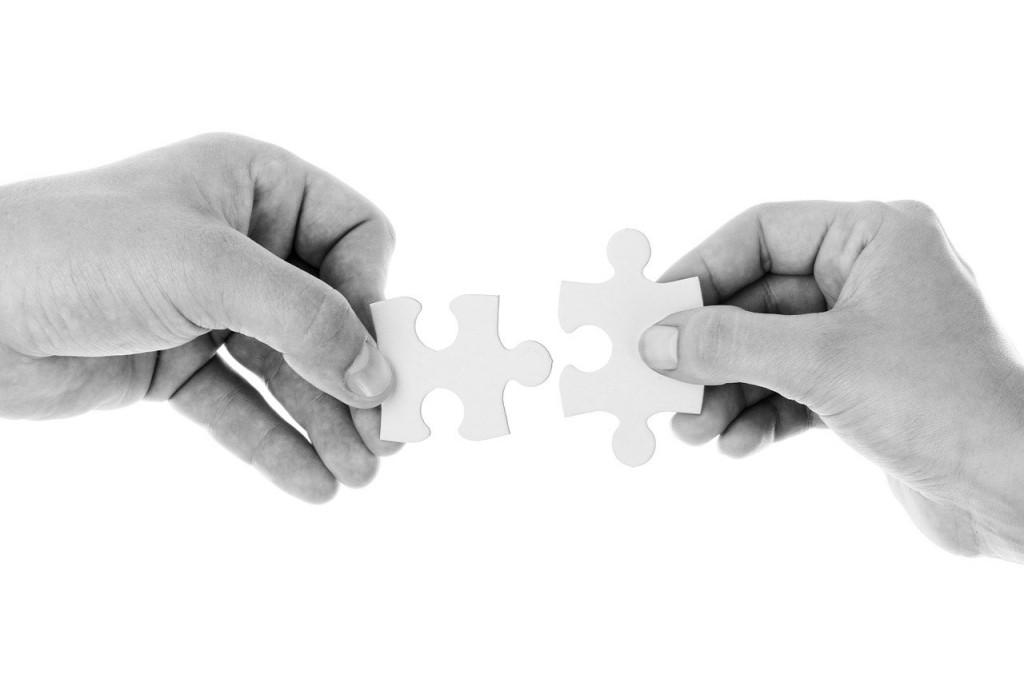 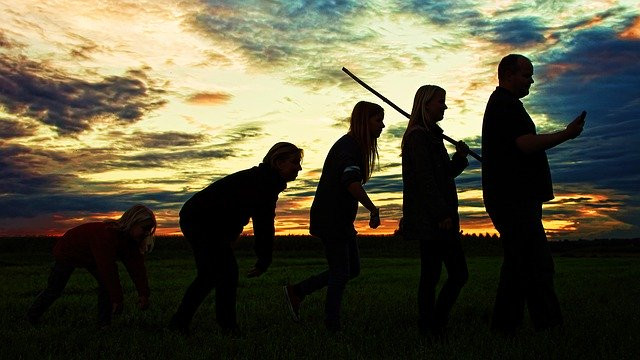 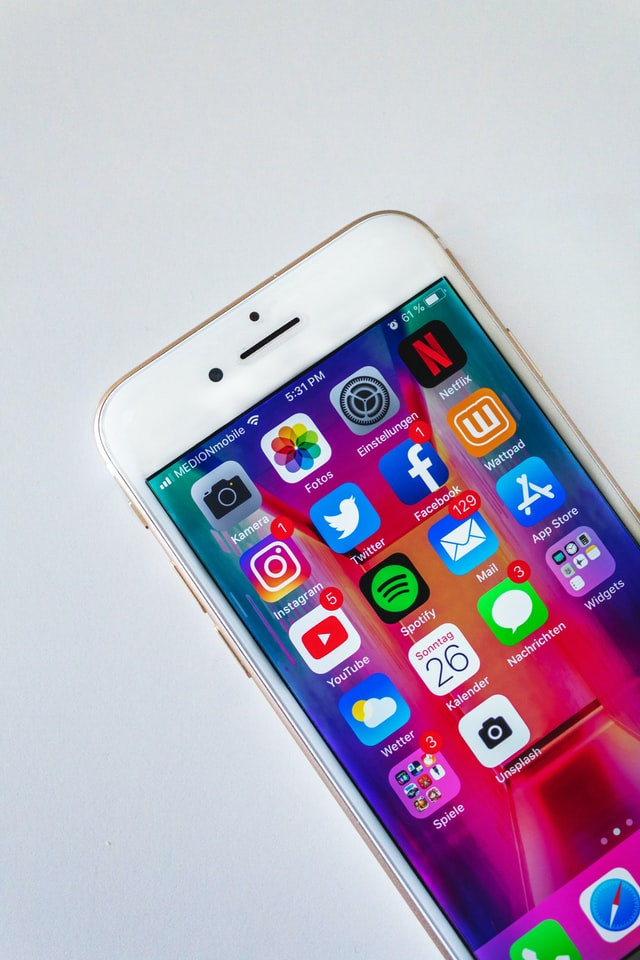 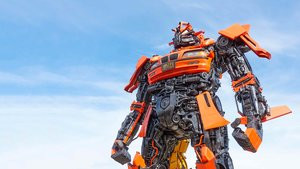 Embracing Discomfort: Why Allowing Yourself to Be Unsettled Makes You a Better L...
2019-10-23

A New SSO Model with Value at its Core: From a Pyramid to a Diamond
2019-07-23
By Sudheer Kaavil Valappil

What Defines a Winner in Creative Talent Management?
2019-07-03
By SSON Editors