Based on an interview with Tony Saldanha, VP, Global Business Services, Next Generation Services, Procter & Gamble

Spearheading the future with Next Generation Services

Procter & Gamble has been the Shared Services industry’s poster child ever since most of us can remember. Two years ago, after then President and CIO Filippo Passerini’s retirement, Julio Nemeth took over as the new President of GBS, and set himself the challenge of finding the next "big opportunity" to deliver step-change value to the enterprise by maintaining that leadership position in the Shared Services industry.

With a mature GBS model already delivering to a global strategy, the new GBS leader was convinced that the key to unlocking the next stage of value-add lay in the “exponential” technologies that were already disrupting entire industries. There was no reason, he believed, the same exponential change could not apply to Shared Services.

Following Moore’s Law’s assertion that performance doubles every 18 months, the GBS leadership believed the same should apply to Shared Services – considering that most of its work was related to data and systems. However, this would require relooking at technologies as well as work processes. Indeed, in researching many of the smaller startups that are successfully disrupting traditional industries, it became apparent that they don't think, work, or operate anything like their traditional counterparts.

For Procter & Gamble to leverage a 4th generation of GBS based on disruptive influences, the leadership team realized it would have to create its own lab. To do so, it tapped into some of the best resources for exponential technology it could find, via Silicon Valley’s Singularity University – one of the world's leading research institutions for future capabilities and technologies. In partnership with Singularity’s then Dean, Salim Ismail, P&G’s GBS set up its own ‘laboratory’ of sorts, via a new Next Generation Services (NGS) team, under the leadership of Tony Saldanha. NGS’s challenge was to figure out how to transfer the exponential technologies that were disrupting the external market into the GBS service delivery model.

Today's fast-moving markets are driven and defined by integration and collaboration, so it was clear from the start that operating in isolation would not deliver the results Procter & Gamble was after. The NGS team, therefore, invited participation from three key stakeholder groups to join its groundbreaking work via a collaborative laboratory.

Over a period of two years, this group has worked on a new generation of capabilities based on starting with a clean sheet of paper.

"We had to eliminate everything we knew about traditional work processes so that we were not limited by outdated thinking," explains Tony.

The result was a three-part approach to moving forward, represented by Exponential Technologies, Exponential Work Processes and Exponential Ecosystems. 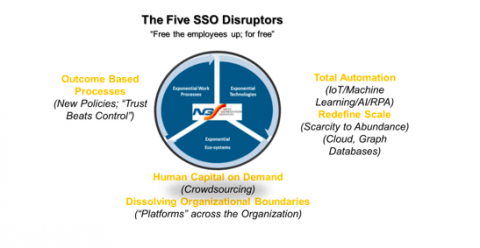 The first step is represented by reimagining the work process completely. By way of explanation, Tony highlights how individuals book private trips online, highly efficiently. "In contrast to private travel, most companies still follow the same process for Travel & Expenses as they did 30 years ago. For instance, they could leverage data algorithms to generate and/or approve expense reports. It's this kind of reconsidering of an entire work process that is driving what we do at NGS," he explains.

The second step is about putting exponential technologies into use. Smart automation or intelligent automation are just some of the tools in question. They also include different system architectures, as reflected by cloud, micro services, etc. “A host of technological solutions exist and are being tested, live, within our laboratory,” Tony says.

Finally, the third step is an open ecosystem. While we have seen a number of vendors provide open platforms for their specific solutions, these can go a lot farther, Tony explains. Similar platforms already exist for order management, or crowdsourcing, or procure to pay. The future state of enterprise platforms may be a lot closer to LinkedIn which cut across company boundaries, however, than to anything that we are already seeing. “The challenge, of course, is to get the relevant stakeholders on board. It's going to be up to a few, who have the vision and the appetite, to take a strong lead,” Tony says. Procter & Gamble is certainly amongst them.

To illustrate what this means in practice, Tony cites airbnb’s operations and compares them to those of traditional businesses. In the hotel industry, traditional work processes are based around guests checking in with the help and support of a hotel representative and bellboy. Airbnb has done away with this completely, and successfully, redefining the process flow between the guest and the room without any human interaction, he points out. Similarly, it has used exponential algorithms to drive a new and innovative business model. And finally, the company has designed its own platform and given enough of us an incentive to list our homes and register as guests to make it all work.

So what does this mean for Procter & Gamble?

Over the past two years, Tony's team has evaluated roughly 20 projects that are characterized by high risk/high return. "We're looking for projects that are literally 10X as opposed to those that provide 20-30% improvements. We want to be high risk/high return. Of every 10 projects we expect that two or three might be successful. We fully expect to eliminate half of these projects as not applicable” he explains.

One example focuses on IT operational support across the enterprise, which often consists of multiple layers of infrastructure. Any hold-up in response time is traditionally passed through to the appropriate solution provider or vendor, and requires lots of people to administer. This is a highly siloed operation between technology stacks and vendor stacks. What if we could manage this end-to-end across siloes? With AI, we could even predict and self-heal most of the IT operational issues. "There's a constant stream of data emanating from each of these layers that we monitor,” says Tony. “It is possible for the system to effectively predict its own software failings ahead of time, and self-heal many issues without human intervention."

With all the advances that technology offers it’s nevertheless important to base your enterprise strategy on the customer experience, and not be misled by technology innovations for their own sake. NGS makes it a point to organize as a project team, not as a technical group looking to solve a problem.

Taking a leaf out of Amazon's book and breaking the user experience into individual steps means you can decide on the most appropriate tool to address any concerns. This kind of thinking often leads to the better solution, Tony explains.

"More often than not, the solution is not to apply RPA or IA or AI – but to eliminate or redesign the process altogether. That's something most companies have not yet understood,” he adds.

In fairness, the market is not helping to educate users around this, as consultants’ and providers’ livelihoods are based on the products they sell. Nevertheless, companies like P&G are embracing disruption as a game-changer – from its products to its services. "Some aspects are perceived as risky, indeed are, but they offer high returns because of the disruption that they drive,” Tony reminds us.

“Whatever tools you choose, however, it's important to distinguish between the tools and the end goal," he says. "The end goal is what should drive your strategy, not the latest solution that’s touted. Keep your eye on your enterprise objectives, but be open to the change that surrounds you." 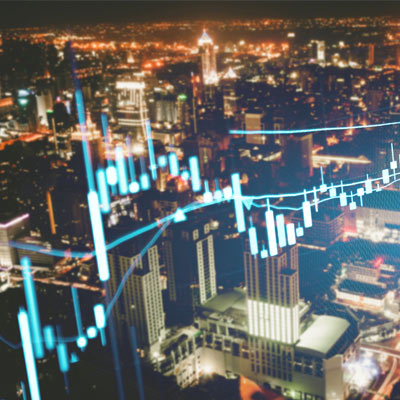 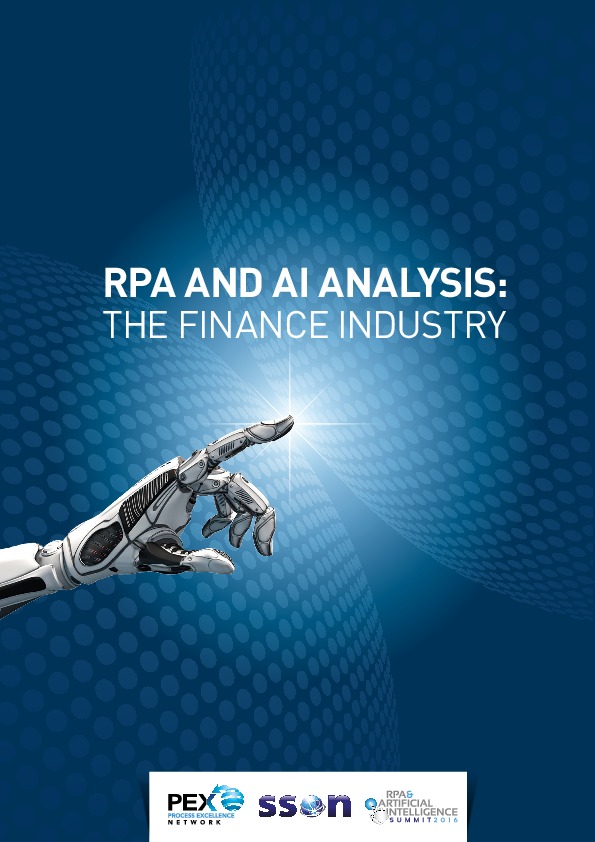 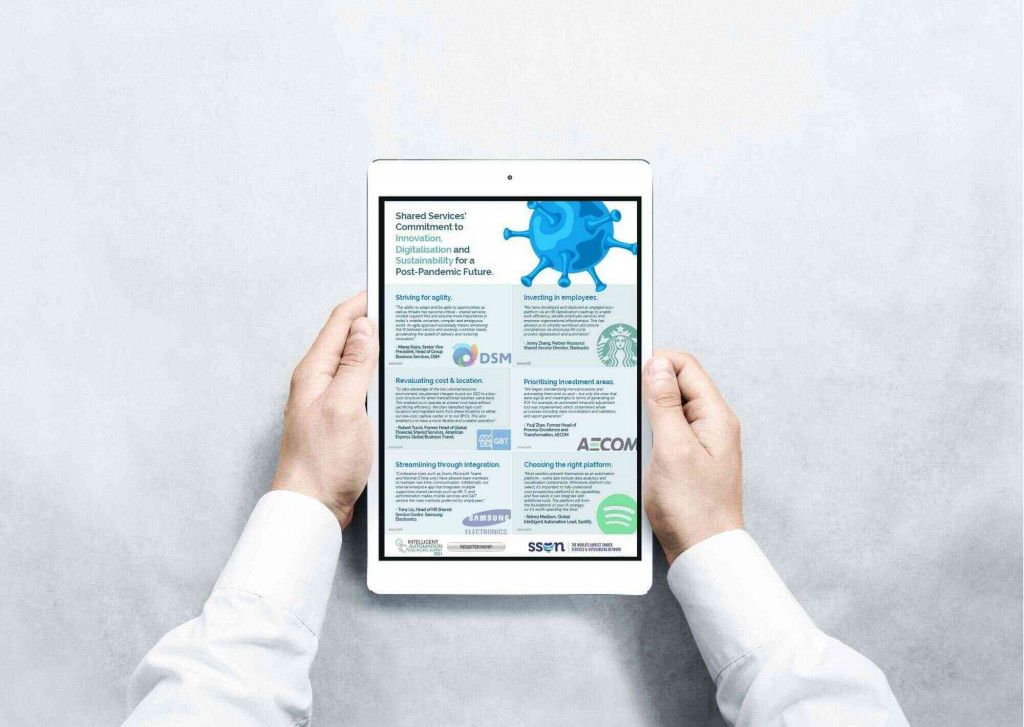 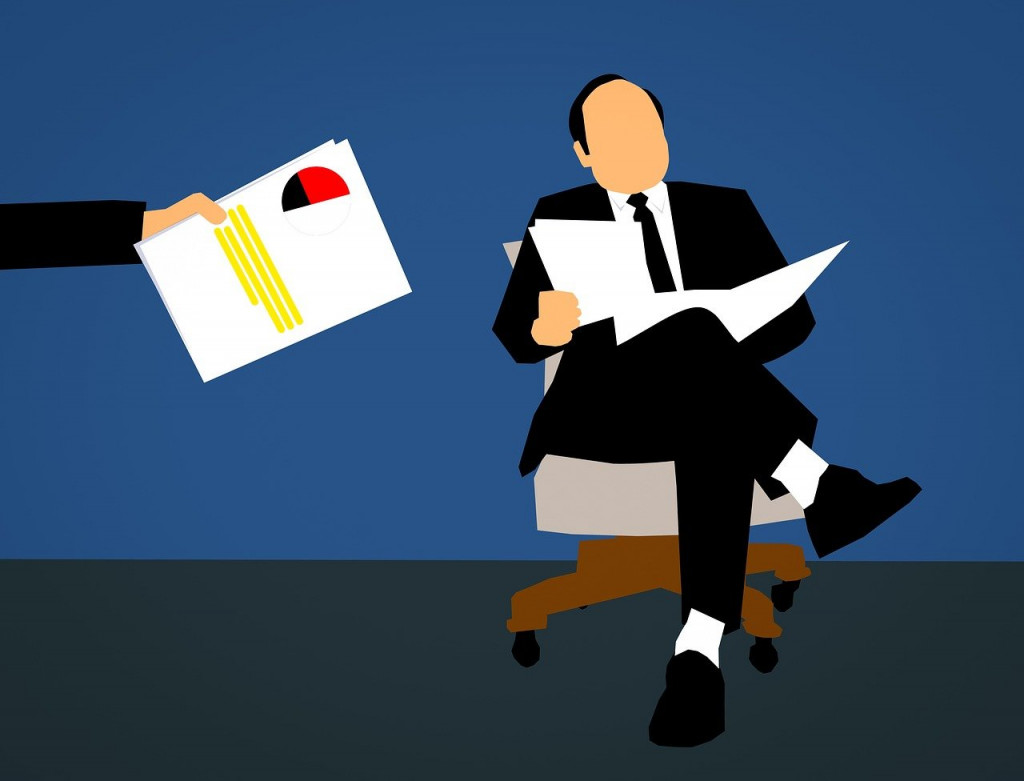 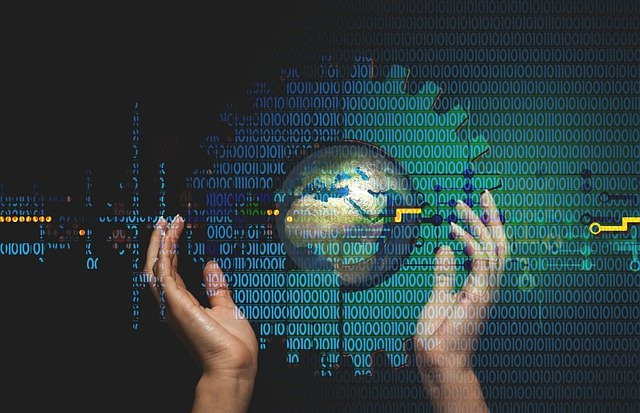 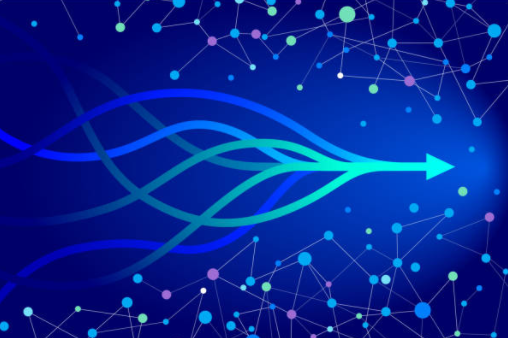 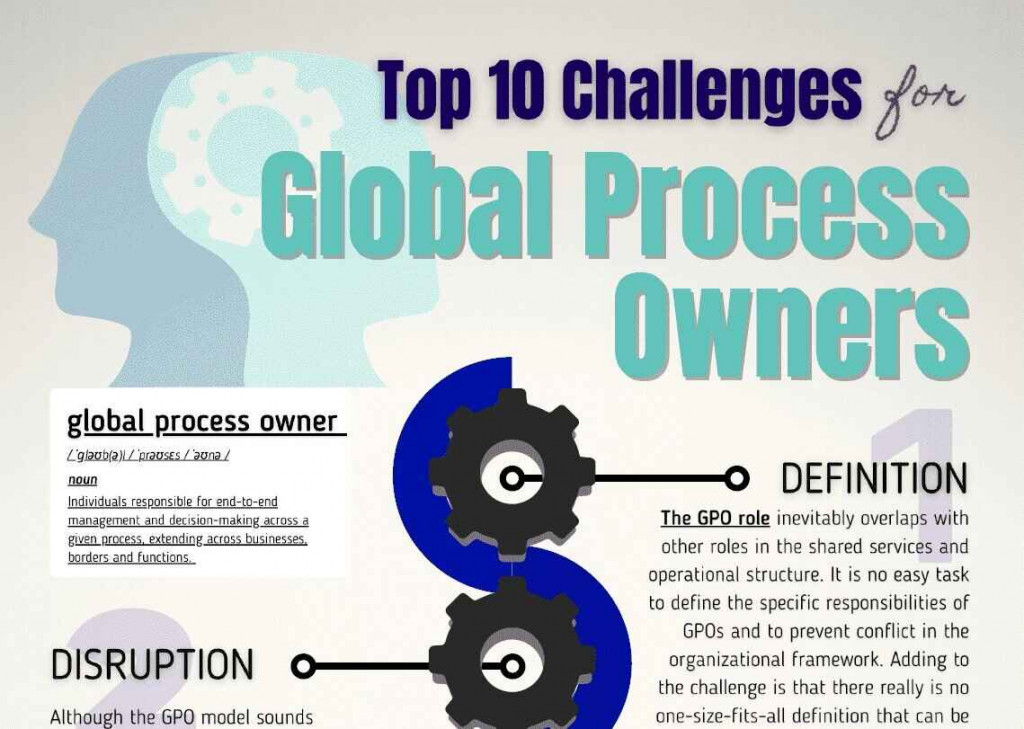 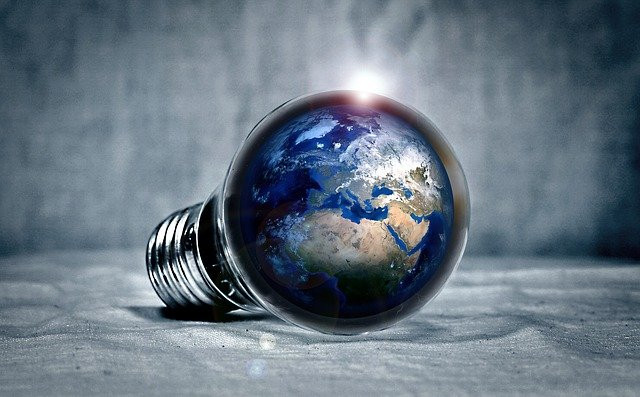 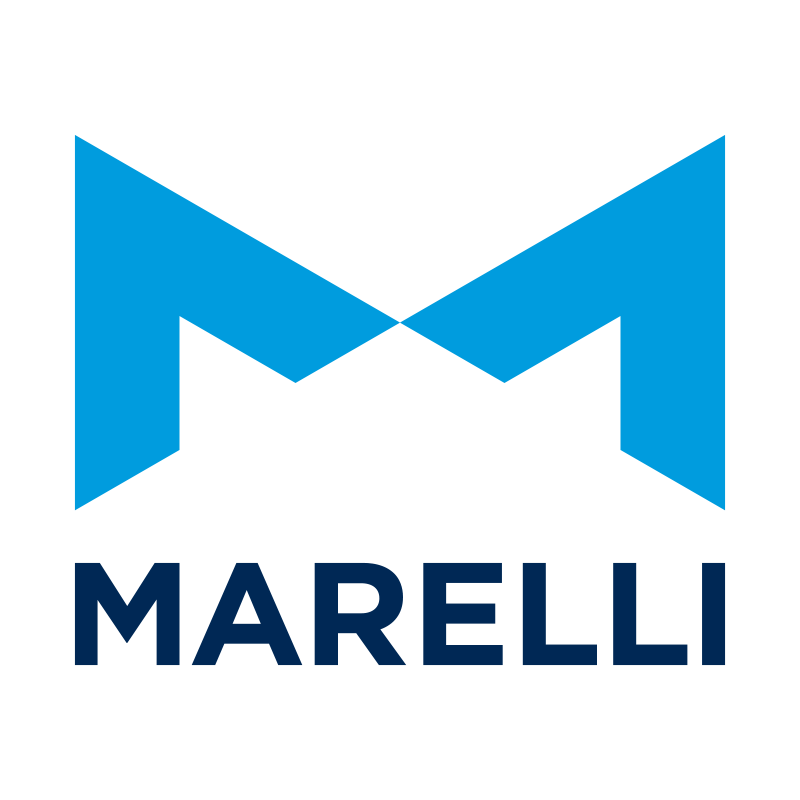 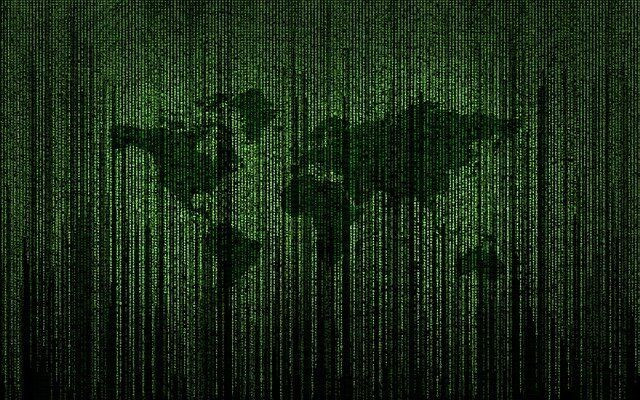 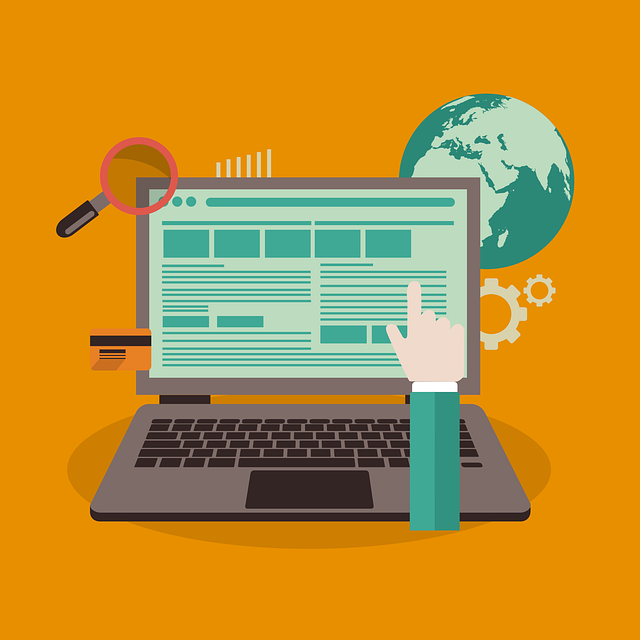 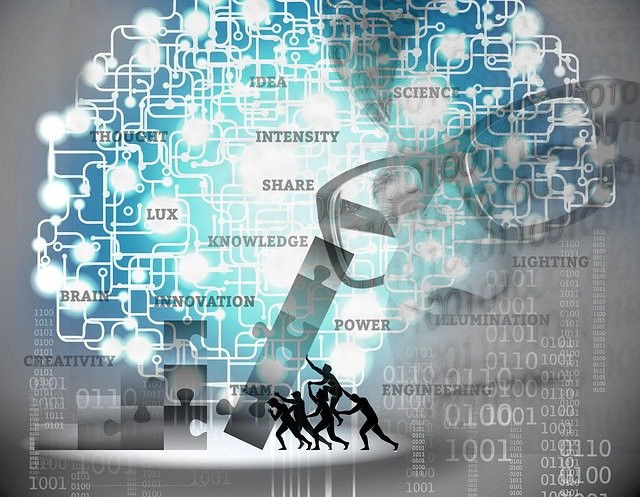 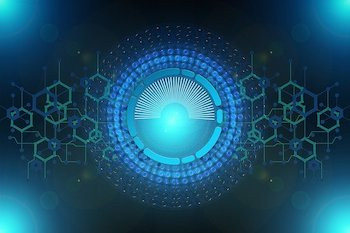 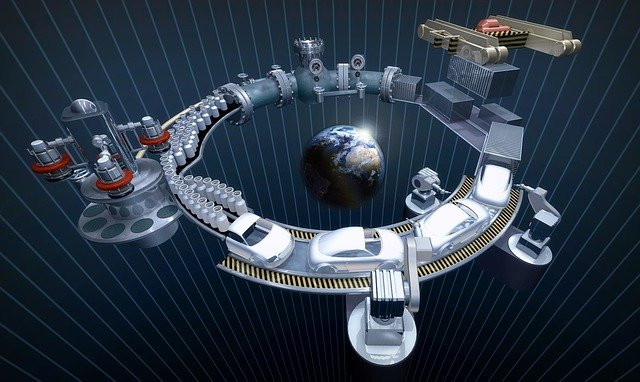