The Director of Business Processing Services BPO & Category Management for Manulife Dhruv Devnani joins us and shares that he sees his role as guiding the process along while supporting and getting the most value for the organization. He understands that outsourcing can be viewed as controversial especially during a moment in history where many countries across the world are engaging in protectionist rhetoric. Regarding the US, he’s watching for potential action specifically on skilled worker or H1B visas...or potentially any “Buy American” regulations. But again, Dhruv remains focused, as an outsourcing professional on getting the most value for his global organization. So it make sense to explore what makes sense from a sourcing perspective or location perspective for the organization globally.

Seth Adler:                              From Manulife, Dhruv Devnani joins us. First, some supporters to thank and thank you for listening. This episode is supported by SSON with over 100,000 members, the Shared Services & Outsourcing Network is the largest and most established community of shared services and outsourcing professionals in the world. SSON is a one-stop shop for shared services professionals offering industry-leading events, reports, surveys, interviews, whitepapers, videos, editorial, infographics, and more. Engage at ssonetwork.com.

This episode is also supported SSON Analytics digestible data-driven insights for shared services and outsourcing. SSON Analytics is SSONs global data analytics center. It provides shared services professionals with the global data insights you need through interactive maps, tools, and charts. Get headline industry statistics sent through your inbox. It's that simple. Explore the first layer of industry data for free now. Start a conversation and find out more. Sign up at sson-analytics.com.

The director of business processing services BPO and category management for Manulife Dhruv Devnani joins and shares that he sees his role as guiding the process while supporting and getting the most value for the organization. He understands that outsourcing can be viewed as a controversial subject especially during a moment in time where many countries across the world are engaging in protectionist rhetoric. Regarding the US, he is watching for potential actions specifically on skilled worker or H1B visas or potentially any bi-American regulations.

Welcome to SSON, I'm your host Seth Adler. Download episodes on ssonetwork.com or through app on iTunes within the iTunes podcast app in Google Play or wherever you currently get your podcast. Dhruv Devnani.

Dhruv Devnani:                   I won't call myself the North star, but I'm there to guide the process along. I support and try to get the best value for the organization. Again, it is a very controversial topic given the politics of what's happening.

Dhruv Devnani:                   Of outsourcing and given significant portion of our operation is in US so the Trump effect and all those things.

Dhruv Devnani:                   Sure so when I say Trump effect I mean there is a with the protectionist rhetoric again nothing has been enacted or any acts have taken in terms of the Congress or the president-

Dhruv Devnani:                   Travel ban does impact. What will impact more will be the H1B visa or any bi-American kind of regulations that will come on the books.

Dhruv Devnani:                   Yeah because we are an insurance company. We are of highly regulated so making sure our regulators making sure the government is aligned, and we get approvals and all those things so it's an ongoing battle.

Dhruv Devnani:                   So a typical example is we look at a decision to outsource something. Let's just say a hypothetical call center. Where do you place that call center depends on not only the location, not only the political environment. When you do the due diligence associated with that, you kind of look at all the factors, not only financial but geopolitical. So in a hypothetical scenario where we are placing a call center, we will be looking at about I would say approximately 10 to 15 factors where we are looking at not only availability of resourcing and value to the organization. But also factors like climate, political turbulence, and geopolitical risk so aspects like this will be considered and will be made when we consider a decision.

Dhruv Devnani:                   It is a factor because there is a lot of rhetoric or at least communication coming out of very strong leaders within the political landscape.

Dhruv Devnani:                   So it was a lot easier transition because I was transitioning from Mumbai to Toronto rather than from Bhopal to Toronto so the pace was slower. The crowds were smaller. It didn't look as crazy as the City of Mumbai is so it was easier.

Dhruv Devnani:                   That's what I would have said like if you want to see craziness. So think of Tokyo the crowd with the chaos of India and the dirt and the pollution and all those things. So Tokyo is a cleaner version of Mumbai.

Seth Adler:                              There you go. That's a good comparison. I appreciate it. For those that haven't necessarily been to one or the other. So fantastic. You get here to Toronto. You get your MBA and what did that afford you the opportunity to do? What job made itself available to you?

Dhruv Devnani:                   So Bell Canada interesting opportunity in IT project management moved into IT outsourcing as a natural trend from kind of doing deals with the software and hardware service providers at Bell Canada.

Dhruv Devnani:                   Yeah, it was because I was the project manager so my responsibility was to get it executed. So the decision and those were the days of decentralized procurement organization where IT owned their own procurement shop and took their own decisions in terms of-

Dhruv Devnani:                   It was challenging because outsourcing as a concept in I'm talking 2004, 2005 was not a prevalent option and it was not as common so it was challenging. It was because you were making decisions where actual people's life it impacted. Especially when you're talking about offshoring. It [00:14:30] is a very deliberate process but it is also a very painful process. Like when people think of outsourcing professional they say we'll just outsource your job. But no we do take the job very seriously and really go through a very detailed review process in terms of making sure what decision we are proposing or the decision that we are proposing to the organization.

All the factors are being looked into including the impact of their losses on peoples' lives. So yes, moving from a project management role where all you cared all you impacted was the email system or the instant messaging system that an employee used from actually moving into an outsourcing role where you started impacting [00:15:30] more livelihoods of people. It's still a very deliberative process for me. It's not an easy decision whenever I make a recommendation associated like that.

Seth Adler:                              For your colleagues and folks maybe that are a little newer to it than you are what advice would you have for them? What are keys to doing this well to ensuring that everyone understands that you are taking that human impact into account?

Dhruv Devnani:                   So my advice and this is kind of my statement don't get biased or tied to any solution. Let the process deliver what the organization wants. When I say don't get tied to it. People prejudge like when they're new to the outsourcing process, they kind of prejudge "Okay, outsourcing is the only option on the table and we have to figure out that the ..." No, there is a process. Usually, a very well defined process and I'll be speaking to that later tomorrow. But if you follow the procurement process or if you follow any of the standard outsourcing process what the outcome you will get usually will be a very well defined and will have all the considerations taken into if you follow the process properly.

And don't bias yourself for one decision or the other. Because it may in the end if you follow the process and the outcome maybe it doesn't make sense to outsource or it may not make sense to even consider an initiative. And that is also a valid outcome because you were referring through the process to kind of understand what the opportunity presents to the organization.

Dhruv Devnani:                   So my presentation would be focused on how you design a vendor management program while you're going through the various steps of the process. I have simplified the process as predeal deal post deal. Just as not too complicated like there are many organization which are a seven-step process some are a five-step process. But really, what I'm saying is really there is a predeal activity, a post-deal activity, and during the deal activities that make up of any sourcing act. And my talk tomorrow is going to be focused on how you have put it in an effective vendor management when you're going through these three phases of any deal within the organization.

Dhruv Devnani:                   It is human nature. It's the grass is always greener on the other side. People say what's there fundamental logic? There isn't any other than some senior managers always think [00:21:00] that my organization cannot do it. Somebody else can do it and that's kind of what will keep outsourcing going. In what direction, in what fields? I don't have the about that.

Dhruv Devnani:                   What has surprised me that being an engineer I have not really ever used my engineering skills and still people respect the education which surprises me. Because I never went into any hardcore engineering responsibilities from the day I graduated. So I'm still surprised when people look at me and go, "Oh, you're an engineer," and I'm like yeah but not a practicing one.

Dhruv Devnani:                   I've worked in about six different countries now in my life. As I say in terms of the motivation of people the approaches may be different.

Seth Adler:                              Meanwhile, I had dinner here in Toronto at a place they make the noodles and so they slap around so it's really loud and they really stretch them out very far. It was fascinating to watch and delicious to eat.

Dhruv Devnani:                   Let me know if you need any recommendations. One of the things that I appreciate about this city is the variety of cuisine. 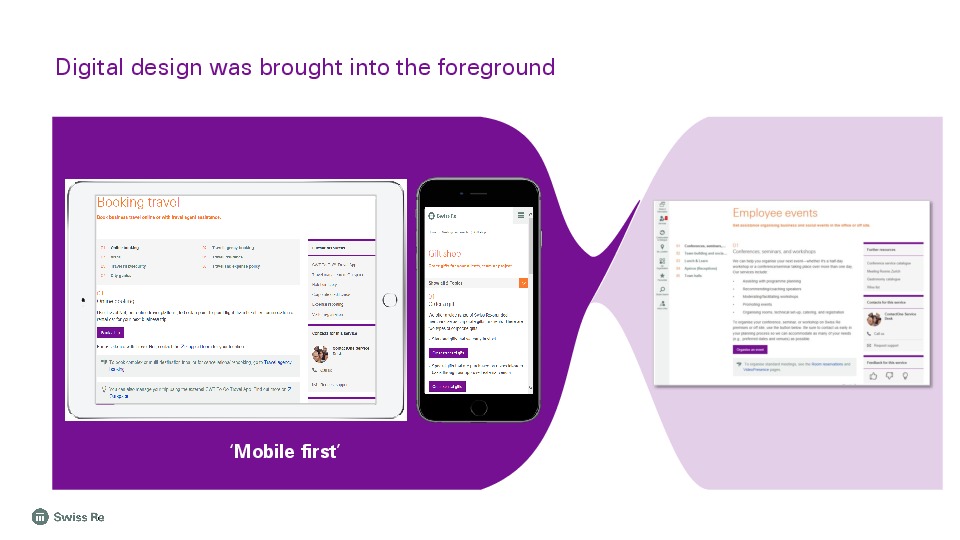 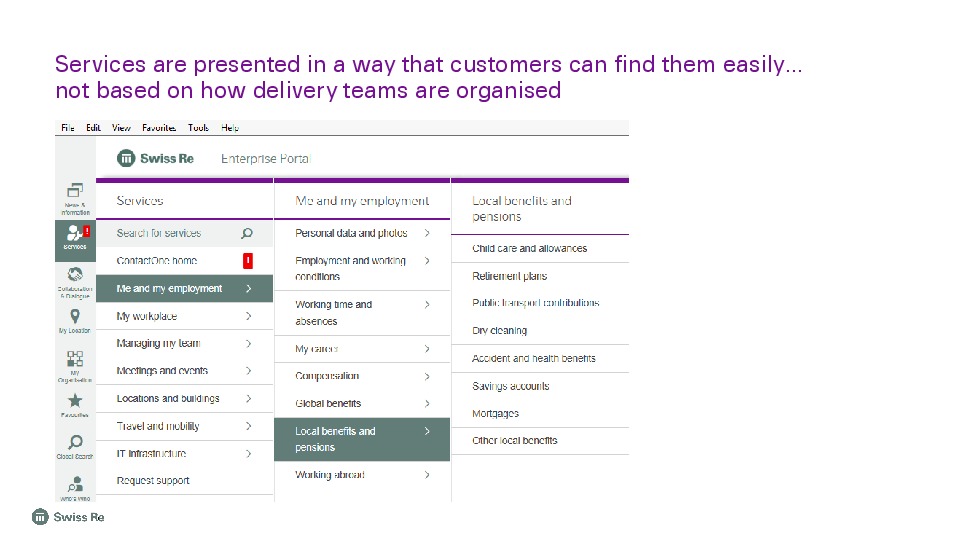